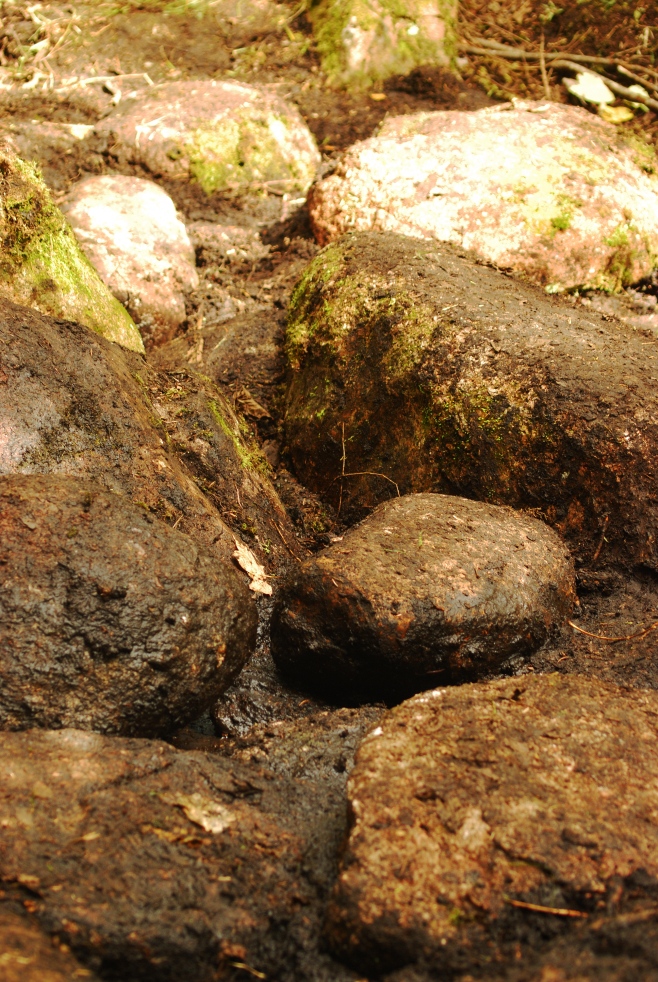 Sometimes working with systematic tools like computers can be a challenge as they seem to have their limits . This past summer, people were roughing it out and making those challenges on the Ice Age Trail while building a new segment in the Plover River State Fishery area.

We all have rocks to be moved.  Mine was in becoming a webmaster for the Friends of the Mountain-Bay State Trail.  In doing so,   I had to learn much about what my skills are and how to work with new “programs” to get the job done. There are many things that I want to do with that site in order to make it an asset in promoting the trail and the communities it connects.

Unlike the Ice age Trail, the Mountain-Bay Trail originated as a transportation corridor.  It was a railroad line running roughly parallel to STH 29 between Wausau and Green Bay, WI.  On this line,  the Chicago & Northwestern Railway moved both passengers an freight carrying the load of commerce and trade into the central part of the state from Lake Michigan.  It continues to connect for pedestrians, bicyclists, and snowmobilers through-out the years.

This site uses Akismet to reduce spam. Learn how your comment data is processed.